Just 12 weeks of aerobic and strength-based exercise reduces symptoms and levels of fatigue in patients with chronic kidney disease, a study in Leicester has found.

The study was carried out by Leicester’s Hospitals and University of Leicester Kidney Lifestyle Team, led by Professor Alice Smith. The researchers randomly divided 36 non-dialysis patients with chronic kidney disease into two groups. The first group completed aerobic exercises, such as walking and cycling. The second group was given strength training exercises, such as leg presses, in addition to the aerobic activities. Exercises were completed three times per week for the duration of the study. The difficulty of the exercises was increased as the patients got fitter and stronger.

Symptoms were measured using a kidney-specific symptom questionnaire developed by the team. This asks patients to rate on a scale of 0 to 5 how frequent and how much impact 11 different symptoms have on their lives.

Across both groups, the total number of symptoms was reduced by 17 per cent, with large improvements seen in fatigue, with reductions between 10 and 16 per cent. Performing aerobic exercise reduced the symptom ‘shortness of breath’ by 40 per cent, and ‘itching’ by 35 per cent.

By adding strength training exercises, participants reported an increase in ‘muscle strength and power’ by 41 per cent, as well as feeling less weak and having fewer muscle spasms and episodes of stiffness. 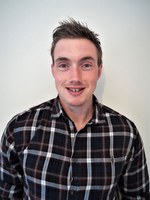 Dr Tom Wilkinson, from the University of Leicester’s Department of Infection, Immunity and Inflammation, said: “Patients with chronic kidney disease experience many unpleasant symptoms, including fatigue and pain. We know that – in general – exercise improves physical fitness levels and strength but until now we had little evidence that exercise also has a significant positive effect on symptoms in this patient group, as well as on their self-reported quality of life.

“We have now shown that exercise has positive benefits on patients’ reported symptoms. These include sleep problems, weakness, muscle spasms and restless legs. To maximise the health benefits, patients should undertake both aerobic and strength training exercises.”

One 80 year old female participant on the trial said: “I found that the exercise routine was brilliant, my muscles were really strong afterwards and I felt really, really good; really, really well. I felt great, actually”.

Along with improvements in physical fitness and reductions in symptoms, exercise also has other favourable benefits for patients with chronic kidney disease. These include improvements in blood pressure, cholesterol, and diabetic control.

Patients on the study were supervised in the gym at Leicester Diabetes Centre. It is advised that patients and members of the public should speak to their doctor if they are interested in getting started in exercise.

The research was partly funded by the NIHR Leicester Biomedical Research Centre, a partnership between Leicester’s Hospitals, the University of Leicester and Loughborough University. “12-weeks supervised exercise improves self-reported symptom burden and fatigue in chronic kidney disease; a secondary analysis of the ‘ExTra CKD’ trial”, was published in the Clinical Kidney Journal on 14th August 2018.
https://academic.oup.com/ckj/advance-article/doi/10.1093/ckj/sfy071/5071924