Researchers in Leicester have shown that the function of the heart can be significantly improved in patients with type 2 diabetes through exercise.

The study, which was funded by the National Institute for Health Research (NIHR) and conducted at the NIHR Leicester Biomedical Research Centre (BRC) – a partnership between Leicester’s Hospitals, the University of Leicester and Loughborough University – also showed that a low-energy diet did not alter heart function in the same patient group. 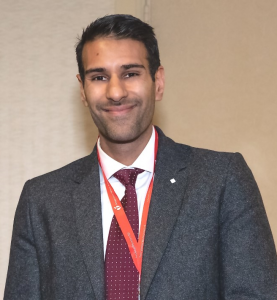 Dr Gaurav Gulsin: “Heart failure is one of the most common complications in people with type 2 diabetes”

Dr Gaurav Gulsin, a BHF Clinical Research Fellow at the University of Leicester, trainee heart doctor, and a lead author of the study, said: “Heart failure is one of the most common complications in people with type 2 diabetes, and younger adults with type 2 diabetes already have changes in their heart structure and function that pose a risk of developing heart failure. We wanted to confirm the abnormalities in the structure and function of the heart in this patient population using the latest scanning techniques, and explore whether it is possible to reverse these through exercise and/or weight loss.”

Eighty-seven patients between 18 and 65 years of age with type 2 diabetes were recruited to the study. Participants underwent echocardiography and a magnetic resonance imaging (MRI) scan to confirm early heart dysfunction, and exercise tests to measure cardiovascular fitness. They were then randomised into one of three groups: routine care, supervised aerobic exercise training, or a low-energy meal replacement programme. Each programme had a 12-week duration. Seventy-six patients completed the full 12 weeks. Thirty six healthy volunteers were enrolled as a control group.

The study found that patients who followed the supervised exercise programme had significantly improved heart function compared with the control group, and had also increased their exercise capacity. Whilst the low energy diet did not improve heart function, it did have favourable effects on the structure of the heart, vascular function and led to the reversal of diabetes in 83 per cent of this arm of the study population.

Gerry McCann, NIHR Research Professor and Professor of Cardiac Imaging at the University of Leicester and a consultant cardiologist at Leicester’s Hospitals, was senior author on the study. He said: “Through this research we have shown that lifestyle interventions in the form of regular exercise training may be important in limiting and even reversing the damage to heart structure and function seen in younger adults with type 2 diabetes. While losing weight has a beneficial effect on heart structure, our study shows that on its own it does not appear to improve heart function.

“It may seem obvious, but if we can empower patients with type 2 diabetes to make changes to their daily routines through exercise and healthy eating, we may help them reduce the risk of heart failure and even early death. By using imaging techniques such as MRI we can actually show them the benefits their changes are making to their hearts.”

The research team recognised the study population was relatively small. In addition, nearly 1 in 5 patients in the exercise arm of the study did not complete all 36 sessions, which may limit its application in future clinical practice.

The paper, ‘Effects of low-energy diet or exercise on cardiovascular function in working-age adults with type 2 diabetes: a prospective, randomised, open-label, blinded endpoint trial’, is published in the journal Diabetes Care.

The full paper (published online prior to publication) can be found here: https://care.diabetesjournals.org/content/early/2020/03/24/dc20-0129