An academic from the NIHR Leicester BRC has been cited in a list of ‘the world’s most influential scientific minds’. 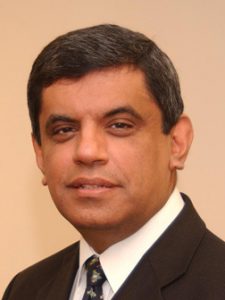 Professor Sir Nilesh Samani, the cardiovascular theme lead for the BRC, as well as British Heart Foundation Medical Director and Professor of Cardiology at the University of Leicester, has been listed as a ‘highly cited researcher’ on Clarivate Analytics.

Clarivate Analytics defines “highly cited researchers” as researchers who have “distinguished themselves by publishing a high number of papers that rank in the top 1% most-cited in their respective fields over a recent 11-year period.”

Clarivate Analytics states: “Such consistent production of highly cited reports indicates that the work of these researchers has been repeatedly judged by their peers to be of notable significance and utility.”

Professor Andrew Fry, College of Life Sciences’ Research Director at the University of Leicester, said: “We are absolutely delighted that the outstanding work of Nilesh has been recognised in this list. Not only is he a world-leading researcher in his own field but he is a great ambassador for the critically important working relationship we have between the University and the University Hospitals of Leicester NHS Trust.”