A team of researchers at the NIHR Leicester Biomedical Research Centre, UK – a partnership between Leicester’s Hospitals, the University of Leicester and Loughborough University – has been awarded €6.5 million from the Horizon 2020 European Commission fund. 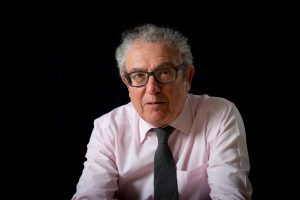 The team, led by clinical scientist consultant Professor Anthony Gershlick from the University’s Department of Cardiovascular Sciences, will investigate the impact of using Extracorporeal Membrane Oxygenation (ECMO) on the outcomes of patients who have had a severe heart attack.

ECMO is a machine that acts as an artificial heart and lungs to provide oxygen to the blood and remove waste gases. The blood is pumped using a motor. This allows the patient’s heart and lungs the time to rest and repair themselves.

Professor Gershlick, Professor of Interventional Cardiology at the University of Leicester and Consultant Cardiologist at Leicester’s Hospitals explained: “Between 8-10% percent of patients who have heart attacks suffer from cardiogenic shock, such that their hearts fail to pump properly. In such cases, the mortality rate can be as high as 50 percent in the first 3 months after the heart attack. ECMO is sometimes used to treat these patients, but it is often deployed too late and their heart is already very weak.

“We will investigate whether using ECMO on patients that suffer from cardiogenic shock immediately after their heart attack will reduce mortality rates and improve their outcomes. There has been world-wide interest in our proposal especially from the USA. There will be a number of sub-studies that could have far reaching impact on other groups of unwell patients, such as specific MRI proposals.”

Leicester will be the lead centre, coordinating the study in 11 other sites across Europe, including Germany, Norway and Spain.

John Adler, Chief Executive of Leicester’s Hospitals, said: “We are thrilled that Leicester has been recognised as a centre of excellence for cardiac research in Europe through the Horizon 2020 research and innovation programme. Across Europe, more than 4 million people lose their lives to heart failure so Professor Gershlick’s study to test a new treatment procedure is very welcome. The ECMO unit at Leicester’s Hospitals was the first to be developed in the UK nearly 30 years ago and is currently one of the busiest in world, so we are well placed to lead such important research.”

The ECMO unit is based at Glenfield Hospital and is one of only 8 ECMO units in the country. It is the only UK site that provides ECMO for both adults and children.

This project has received funding from the European Union’s Horizon 2020 research and innovation programme under grant agreement No 754946.

Horizon 2020 is the biggest European Union Research and Innovation programme ever designed to make more breakthroughs, discoveries and world-firsts by taking great ideas from the lab to the market. It aims to ensure that Europe produces world-class science, removes barriers to innovation and makes it easier for public and private sectors to work together to create healthy societies.