A report from the Academy of Medical Sciences points to an alarming lack of information about multimorbidity – a scenario where a patient suffers several diseases simultaneously. 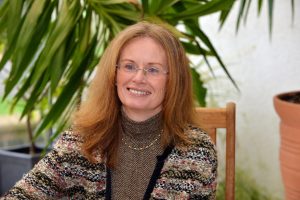 While it is well known that multimorbidity is common and on the rise, the exact extent of the problem and the rate at which it is growing is not understood. It is reported to affect anywhere between 13-95% of patients globally, a range so wide that it indicates just how little is known about this global burden. The causes of multimorbidity are poorly understood and strategies for its prevention are lacking.

The report is the first to address the problem of multimorbidity on a global scale and highlights the inadequacy of the evidence required to guide health policy and medical practice. The project was supported in part by the UK Department for Business, Energy and Industrial Strategy

Professor Melanie Davies said: “We are all familiar with multimorbidity in the older population, but as a diabetes doctor I am seeing many type 2 diabetes patients under the age of 40 years with multiple serious illnesses which is a real concern.

“Our healthcare system is traditionally arranged around caring for single illnesses. With increasing recognition that treatment for patients with multimorbidity is often less effective, we are in desperate need of information to help us reorganise health services to deal with this challenge.”