A major international study has found that rapidly lowering blood pressure safely reduces the risk of bleeding in the brain in stroke patients being treated with clot-busting drugs. The research, which was led in the UK by the University of Leicester and funded by the Stroke Association, will be published today (7 February) in The Lancet. 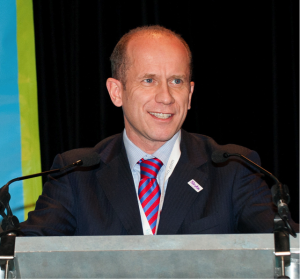 Most strokes (85 per cent) are ischaemic, which are caused by a blood clot blocking an artery leading to the brain. In this situation, doctors may inject a clot-busting medicine (a process known as thrombolysis) to break down and disperse the clot and restore blood flow. Thrombolysis reduces the brain damage caused by the stroke, especially when given as early as possible within the first four- and-a-half hours after the stroke occurs. However, it carries a small risk of serious bleeding to the brain.

Crucially, the research teams also found that while there was no harm in intensively lowering blood pressure, neither did it significantly improve post-stroke recovery.

Professor Tom Robinson, Head of the Department of Cardiovascular Sciences at the University of Leicester and Professor of Stroke Medicine at Leicester’s Hospitals, explained: “Bleeding in the brain can be a major side-effect of clot-busting stroke treatment. While more intensive blood pressure lowering is associated with reduced bleeding risk, there has been a longstanding belief that this additional treatment could worsen the stroke damage to the brain, causing higher levels of disability in patients over the longer term.”

Professor Robinson, who is also the Stroke Specialty Lead for the National Institute for Health Research (NIHR), added: “These findings highlight the need to understand the underlying mechanisms of benefit and harm of early intensive blood pressure lowering in the patients that also receive modern reperfusion therapy, which is the name we give to the combination of thrombolysis and clot dispersion using mechanical devices inserted into arteries. This is especially so, given that the reduction in bleeding in the brain failed to translate into improvements in overall recovery of patients.”

Hilary Reynolds, Executive Director for Strategy and Research at the Stroke Association said: “Previously we haven’t known the impact on a patient of intensively reducing their blood pressure during treatment. That was a cause of concern for both patients and clinicians and it’s why we wanted to fund this study.

“Findings from this research should provide reassurance that this approach to thrombolysis can be done safely. We’d like to see more research that leads to safer treatments and also people making better recoveries.”

The study was led in the UK by the University of Leicester and was co-ordinated in the UK from the NIHR Leicester Biomedical Research Centre (BRC). It is hoped that the study, which was led by a team at The George Institute for Global Health in Australia of more than 2,000 patients at 110 hospital sites in six countries, over several years, will inform future clinical guidelines.

The study, ‘Enhanced Control of Hypertension and Thrombolysis Stroke (ENCHANTED) study is published in The Lancet.