A man with type 2 diabetes is imploring the people of Leicester to take part in a health study which gave him a completely “new lease of life”.

Alan Hutchinson, from Barlestone in Leicestershire, agreed to take part in a research project at the NIHR Leicester Biomedical Research Centre (BRC) investigating how a certain type of medication impacted people’s hunger.

The 67-year-old decided to participate because he “felt sad” about his diabetes diagnosis and wanted to see if he could improve his health by better managing his diet. 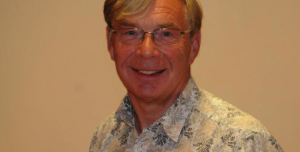 Alan Hutchinson from Barlestone took part in the SEESAW trial

He said: “Taking part in the trial was probably the best thing I’ve ever done. It gave me a completely new lease of life as I learnt a great deal about diet and also myself throughout the course of the study.

“One of the main lessons was empowerment. Your health is in your hands and it’s up to you if you want to make your life better. No one else is going to do it for you and I’m so very grateful to the team  for giving me the opportunity to take part.”

The aim of the SGLT-2 Inhibitor Empagliflozin Effects on Appetite and Weight Regulation (SEESAW) study is to compare appetite hormones and weight change in people with type 2 diabetes who take a new drug called Empagliflozin with those who are given a placebo.

The project is still ongoing at the NIHR Leicester Biomedical Research Centre (BRC), a partnership between Leicester’s Hospitals, the University of Leicester and Loughborough University, so Alan does not know whether he was given the real medication, but either way he says it does not matter.

Alan added: “I lost 22lb over six months and still keep the food diary because it helps me maintain my weight. It was a big commitment as I had to come in for full days, but the staff were so supportive.

“It was a bit like taking part in a medically approved Weight Watchers programme, but I can honestly say I feel the best in shape now than I’ve ever been.”

Researchers are still looking to recruit for the study and are looking for men and post-menopausal women who have type 2 diabetes and are currently taking the drug metformin or who use diet and lifestyle control alone to control their diabetes.

The research team also want to investigate the effect of being on a low-calorie diet in addition to taking the drug.

Professor Melanie Davies CBE, Director of the NIHR Leicester Biomedical Research Centre and Chief Investigator of the study, said: “We already know type 2 diabetes is very closely associated with weight, with over 90 per cent of newly diagnosed people above their ideal weight.

Professor Davies, also a Professor of Diabetes Medicine at the University of Leicester and a Diabetes Consultant at Leicester’s Hospitals, added: “Losing weight can help people control their condition and further complications, which is why we wanted to explore the benefits of Empagliflozin and how it might significantly alter people’s health in the long-run.”

Empagliflozin (Jardiance™) is a class of drug called SGLT-2 inhibitors, commonly used to help people with Type 2 diabetes lose weight. It works by increasing the amount of sugar in the urine, which helps to lower the amount of blood glucose in the body.

Glucose lost in the urine is in the form of calories, and this results in weight loss over a few months of treatment. However, the weight loss seen in people taking Empagliflozin (Jardiance™) is less than researchers would expect considering the amount of calories being lost as glucose in the urine. It is believed this discrepancy may be due to how the drug affects appetite.

The study, set to take place over 21 months, will provide researchers with a better understanding of why the predicted and observed weight loss is different when taking Empagliflozin (Jardiance™) by measuring appetite regulation.

The study is run from the Leicester Diabetes Centre, an international centre of excellence in diabetes research, education and innovation led by Professor Davies CBE and Professor Kamlesh Khunti.