Hard to reach[1] is the term often used to describe people who don’t want to come to ‘town hall’ style meetings, academic talks or committees. It’s a term increasingly and rightly out of fashion, as researchers in universities and hospitals develop sufficient awareness to realise that it’s the institution and the nature of its engagement that is hard to reach. It’s a term I’ve always found absurd, in light of the simple fact that I don’t want to go to committees or town hall style meetings or academic talks outside of work hours myself!

Women from Asian backgrounds have often been described as ‘hard to reach’. Even the more in-vogue term ‘seldom heard’ fails to recognise that it’s the institutions that are hard to reach. It was whilst contemplating this challenge one spring afternoon in 2017 that I was thinking about how we use narrative to make information accessible and appealing and my mind wandered to the idea of using Bollywood to talk about health and health research. 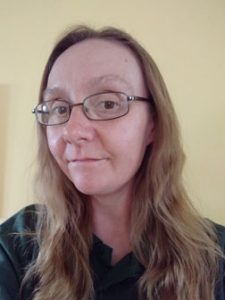 A quick search online, a few messages through social media, and within 20 minutes I had a meeting scheduled with the Aakash Odedra Dance Company based in Leicester to discuss ideas. By any measure, 20 minutes and a bit of social media networking cannot really be called ‘hard to reach’. The community was very easy to reach!

Our first week long pilot explored whether we would be able to attract Asian women directly into a session in which we did an hour of dance followed by discussion about health with a scientific slant, or whether we needed to do something more family focused. Previous experiences in the team suggested a family focus would be more effective, but our pilot showed that if you offer something women actually want you’ll have no trouble at all getting them involved. In this initial week we first discovered the power of working with a trusted community provider (the dance company) as gatekeeper, and the power of word of mouth recommendation. The first session of the week attracted a respectable 9 women. By the end of the week, we were in excess of 40 and turning people away. 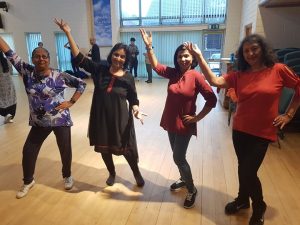 The project has shifted through various iterations in the last 4 years, perhaps most notably a shift to online delivery and a refocus on wellbeing and mental health in response to the concerns of the participating women during the pandemic. But essentially it is still 60 minutes of dance and 30 minutes of discussion.

Dance has proved to be so much more than simply a lure to get women involved. Initially, dance felt like such a good fit with discussion around diabetes and heart health because it modelled a positive behaviour, as well as attracting participants. It has proved yet more potent as a ‘leveller’. When an institutional representative is present they are empowered by status, education and expertise. Discussion is therefore often one-sided. Dance, however, dismantles their power: it’s hard to be authoritative after attempting to dance to the latest Bollywood hits (especially when the participants are more practised and skilled). Dance also builds a sense of togetherness and group cohesion with participants moving as one, or at the very least trying to. Dancing together, laughing together, and working together supports the role of discussion on a more equal footing, and over years for those of us embedded in the project has formed the basis of building long term relationships and friendships.

[1] The term seldom heard is more commonly used nowadays, but bear with me, I’m making a point!